Even if you’re not a die-hard Rocky Balboa fan, you might be familiar with his “mirror” quote: “You see this guy here staring back at you? That’s your toughest opponent… I believe that in boxing, and I do believe that in life.”

Determination and dedication can take us a long way toward our goals, and bestselling author, financial adviser and coach Michael Bibb is testament to that.

He’s what I would describe as an “unlikely runner”, but he’s successfully completed a knockout number of IRONMAN challenges (three in three months, each of which consisted of a 2.4-mile swim, 112 miles of cycling and then a full marathon).

You can hear my full conversation with Michael on the Goals Do Come True podcast.

I wanted to find out how he cultivated such strong self-belief.

Realising your own strength

Michael: “I’m just a simple lad from Coventry, but growing up, my grandparents always said to me that I could do anything I put my mind to. I didn’t know at that point that I’d become an ultra runner! If you hear famous athletes talk about their success, they attribute about 80 per cent of it to mindset, so that’s what I focused on when I did my first IRONMAN challenge aged 46!

I’ve also completed the Marathon des Sables, and what helped me was developing my own alter ego or ‘brave name’, which helps carry you forward when the chips are down. I chose the name ‘Rocky’ because I’m a fan of the film, and the idea of a hero’s journey resonated with me. I started journalling, and what came up was that I wanted to be a torchbearer who could help inspire people by letting them see that what’s possible for one person is possible for them. Everything starts with a thought; if you can see yourself achieving it, you can do it.”

Michael has a wealth of knowledge when it comes to mindset and taking action, and was so inspired by Sylvester Stallone’s portrayal of Rocky Balboa, that he titled his book The R.O.C.K.Y Project. The word Rocky is an acronym for:

Rise – what is it that you want to achieve?

Obstacle – what stands in your way?

Choice – you always have a choice; how will you react to your obstacle?

Kaizen – a Japanese word that means constant and never-ending improvement.

You – you have to accept full responsibility for your actions and what you do with your life.

The R.O.C.K.Y Project was written with clear intention.

Michael: “Often people don’t feel that they have the power, and that’s a huge frustration for me. We can all be masters of self-limiting beliefs. Hopefully the book will let them see that the help or inspiration is there and they can do whatever they want to do. It doesn’t have to be running a marathon or completing an IRONMAN, that was just my thing.”

If you’re familiar with my blogs, you’ll know that I’m The Goals Guy®. I love to find out what motivates people and how they pursue their goals.

Get in touch with why you want what you want

Michael’s goals were fuelled by plenty of good reasons!

Michael: “Before I did the first IRONMAN, my friend shared a video of father-and-son team Dick and Rick Hoyt from Massachusetts. Rick was born with cerebral palsy and is quadraplegic. The video showed the father swimming across the lake, then it pans down to a rope wrapped around his waist; he is towing his son in a dinghy! They’re massive heroes to me.

Many of the other events that I have taken part in were more about spending time with friends, doing something we’d never done before, being in control or raising lots of money for charity. In 2020, I lost my mum suddenly; her favourite number was three, so I decided I’d do three IRONMAN events in three months.”

Michael, determined to go beyond his limits, is also taking part in the Everest Trail Race this year. He wants to see if he’s got what it takes to complete what’s described as one of the world’s toughest high-altitude multi-day ultras.

What to do if you suffer from self-doubt

Michael has reached a new level when it comes to goal setting, especially for someone who’s not normally known for his sporting prowess! I wondered if he ever suffered from imposter syndrome or allowed self-doubt to take over.

Michael: “There’s something about pride and embarrassment when people have a good go at something and it doesn’t work out. It takes so much more effort to go back and start again.

I’m the kind of guy that if I say I’m going to do something, then I do it. That comes with a lot of pressure, but I would rather fail at something great than succeed at being mediocre.

When you think about the character of Rocky, everyone loves an underdog, and I believe that we’re all underdogs. People need to find the resolve inside themselves, because if they do, that’s the thing that they’ll be reflecting on when they’re in their eighties and nineties and sitting on a park bench feeding the birds. They’ll be so glad they did it!”

The importance of knowing exactly “what” you want

It’s hard to imagine Michael failing at anything he sets his mind to, but it turns out that he does create a plan B, just in case.

Michael: “I’ve learnt that the best way to go into a race is to know your ideal outcome – your A-race. For an IRONMAN event, that’s about knowing the time I want to achieve on each stage and for each transition, because if you ignore any of them, you could easily fall down. You need to have the right kit because without a wetsuit it could be a very short day! Preparation is key, as is knowing your ideal race outcome; but then I also write out my B-race, as in what I would settle for if things didn’t quite go my way.

The other thing I learnt is to stop hiding goals from myself; these refer to life as well as sport. For example, if you want to get a specific promotion at work, don’t pretend you’ll be happy without it or with a different one, because if that’s what happens, you’ll be dissatisfied. Be clear on what your A-goals and B-goals are, and don’t harbour anything else.”

I hope Michael’s laser focus and enthusiasm have inspired you to write a list of your own goals. Taking responsibility for what happens in your life, and taking action towards what you want, helps to create more fulfilment and push back your self-doubt.

Do you have a big personal or professional goal you’re aiming for? What drives you forward? Email me at doug@dougbennett.co.uk and let me know. If you need a little kickstart with your personal goals, why not check out my book Goals DO Come True: From The Edge Of Financial Oblivion To A Life Of Freedom & Fun; and if you’re in the process of setting up a service-based business, you’ll likely benefit more from the adapted version, Think Simple Win Big: How to Build the Business of Your Dreams With a Few Simple Goals.

How To Make S.M.A.R.T. Goals More Meaningful To You

By Doug Bennett aka The Goals Guy®, with special guest Paul Avins Exploring a new... 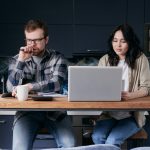 5 Simple Tactics To Help You Start A Business Without Overwhelm 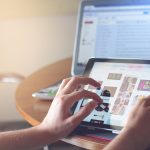 Dream Of Selling Digital Products? It Might Be Easier Than You Think 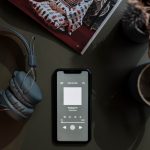